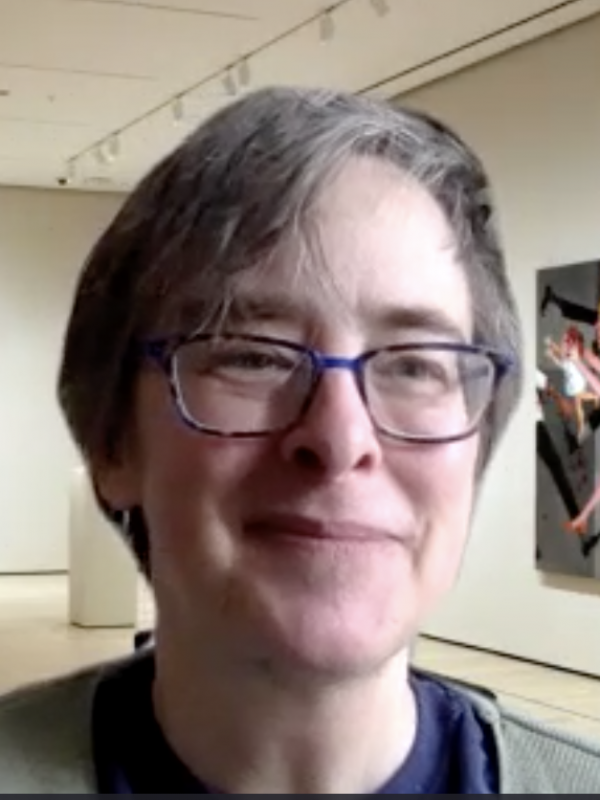 Professor and Chair
she/her or they/them

E.J. Westlake is the author of Our Land is Made of Courage and Glory: Nationalist Performance in Nicaragua and Guatemala, World Theatre: The Basics, and co-editor of Political Performances: Theory and Practice. She is working on a book-length study and new translation of El Güegüence, the national dance drama of Nicaragua, due out on Southern Illinois University Press in 2022. Westlake's articles have appeared in Theatre Annual, Latin American Theatre Review, TDR, and Youth Theatre Journal, on everything from theatre history pedagogy to the performance of the self on Facebook.

Chapters have appeared in numerous books, most notably in Sporting Performances (2020), Theatre, Performance, and Change (2017), Theatre Historiography: Critical Questions (2010), and the Oxford Handbook on Dance and Theatre (2015). Westlake was recently the editor of Theatre Journal and Treasurer of the American Society of Theatre Research. Westlake was a Fulbright grantee for the 2011-12 year and has twice received the American Society for Theatre Research Fellowship.

Before coming to academia, Westlake cofounded and managed Stark Raving Theatre in Portland, Oregon. She worked in Portland as a director and playwright and won the Oregon Book Award in 1992 for her play A.E.: The Disappearance and Death of Amelia Earhart. She continues to write and adapt plays, including plays for young performers.

Westlake hails from the Birthplace of Aviation, Dayton, Ohio, where she attended the Colonel White High School for the Performing Arts. She was a loyal Reds fan until her loyalties followed Sparky Anderson to the Detroit Tigers. She enjoys attending parades, festivals, memorials, baseball games, and other performative events. She has also (very slowly) finished several marathons, orienteering races, and triathlons.