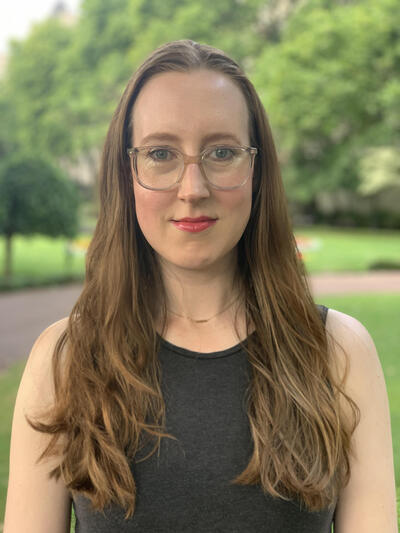 Assistant Professor of Slavic and East European Languages and Cultures

Alisa Ballard Lin’s research is on 19th- and 20th-Century Russian and East European theatre, literature, film, and culture, with particular focus on the theory and philosophy of performance. Her research interests include theatre’s intersections with philosophy and psychology, history of acting, religious performance, the culture of Soviet espionage and policing practices, gender and celebrity studies, the medical humanities, and the material history of textiles and fashion in Russia and Eastern Europe.

Lin’s complete book manuscript, Theatrical Consciousness: Russian Theorists of the Actor’s Mind, argues that Russian theatrical thought and practice contributed to a wider pre- and post-revolutionary discourse on the mind, including concepts of consciousness, perception, identity, and the constitution of the subject. The book examines efforts in the Russian theatre from around 1900 through the mid-1930s to stimulate, train, imagine, and ultimately understand the actor’s, as well as the spectator’s mind. Lin identifies in this material an underappreciated dimension of humanism within Russian modernism, a humanism that resisted the pressures of an increasingly technologized, industrialized, and politicized modernity that challenged the place of the human within it.

Lin is also developing a new comparative project on intersections of religious and performance practices in Russia and Eastern Europe, examining how Orthodoxy, Judaism, Catholicism, and other religions in these regions have, in triangulation with the power of the state, both appropriated performativity and influenced theatrical practice.

Lin is the editor and translator of Krzhizhanovsky’s play That Third Guy and essays on theater (University of Wisconsin Press, 2018) and has presented at numerous conferences, including ASEEES, AATSEEL, ASTR, and the Mid-America Theatre Conference. Her research has been supported by the National Endowment for the Humanities and the Fulbright Program.