The Brothel and the Factory

The Brothel and the Factory 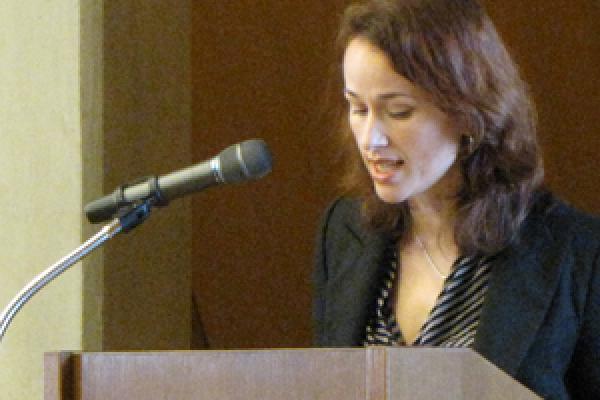 In conjunction with the Ohio State Department of Theatre’s 2012 doublebilled productions of Matchmaker, by Patricia Suárez, and Real Women Have Curves, by Josefina López, the Departments of Theatre, Spanish and Portuguese, the Jerome Lawrence and Robert E. Lee Theatre Research Institute, the Thompson Memorial Library, the Theatre Graduate Syndicate, and the Latino and Latin American Space for Enrichment and Research (LASER) hosted the academic symposium “The Brothel and the Factory: Staging Immigration and Women’s Labor,” on February 3-4, 2012. Guest scholars Isabel Molina-Guzmán, associate professor of media & cinema studies and Latino/a studies at the University of Illinois, Urbana-Champaign; and Mary Romero, sociology professor of justice studies and social inquiry at Arizona State University, presented on topics related to Real Women Have Curves, while guest scholars May Farnsworth, assistant professor of Spanish and Hispanic studies at Hobart and William Smith Colleges; and Paola Hernández, assistant professor, Department of Spanish and Portuguese at the University of Wisconsin-Madison, presented on topics related to Matchmaker. Other presenters included graduate students from Ohio State and Northwestern Universities, as well as scholars from the College of Wooster. In addition to contributing to Ohio State’s yearlong “A Conversation on Immigration” program, this was the fourth annual academic symposium hosted by the Ohio State Department of Theatre and the Theatre Graduate Syndicate.