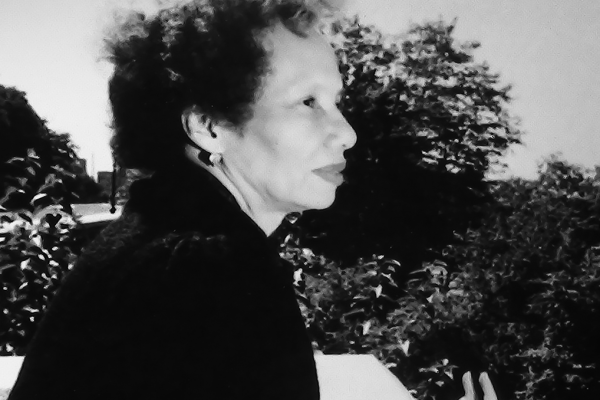 Kennedy's lyrical and surreal plays address the violence of racism. Ohio State Murders, one of her many autobiographically inspired plays, explores Suzanne Alexander's experiences as one of a handful of Black freshmen at The Ohio State University in the 1950s. The department produced Ohio State Murders as part of its 2000-2001 season.

The department also produced her Obie Award-winning play, Sleep Deprivation Chamber in 2003 in collaboration with the Advanced Computing Center for Art and Design. Kennedy co-wrote the play with her son, Adam P. Kennedy. The autobiographical drama shows the beating of a highly educated, middle class Black man by police in surburban Virginia after a traffic stop over a broken taillight.

Last year, Round House Theatre was the featured artist of a month-long festival, "The Work of Adrienne Kennedy: Inspiration and Influence". A series of panel sessions on Kennedy's influence can be watched on Round House Theatre's YouTube channel.