Performing the Politics of Food and Agriculture 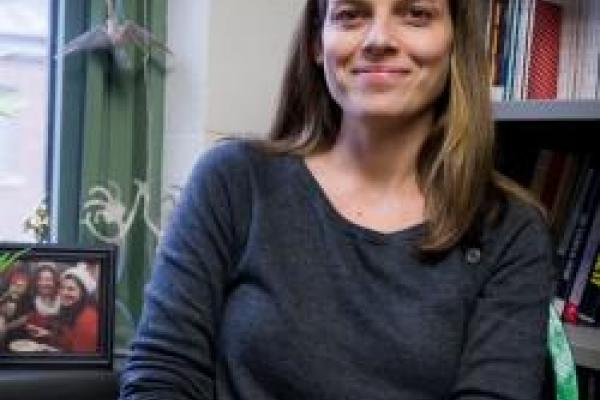 During the New Deal era, contradictory images of widespread hunger and agricultural plenty visually defined the 1930s economic crisis, and the federal government’s plans for agriculture drew national interest. The solution to this “paradox of want amid plenty” was the 1933 Agricultural Adjustment Act
(AAA) which became both front-page news and a flashpoint for protest as its program to curtail food production ran up against the perceived right to food. Farmers, consumers, and agricultural laborers challenged the AAA’s morality by staging food’s powerful symbolic relationship to American identity in
their protests, while the federal government also turned to the theatre of food in its artistic representations of the AAA’s effects on American life.

In this lecture, Dr. White will explore the theatrical strategies used by anti-AAA activists in their protests, those employed by the federal government at the 1933-1934 Chicago World’s Fair and in the Federal Theater Project “living newspaper” play Triple-A Plowed Under (1936). She will examine the recurrence
of these same strategies in the performance of contemporary food politics to demonstrate just how ideologically problematic the commodification of food is for Americans, and explore how citizens and their government continued to negotiate the moral tensions between food as a biological necessity and as a vital commercial product by linking the right to food to the discourse of producerism and the performance of “good” citizenship.

Dr. White earned her Ph.D. in Interdisciplinary Theatre and Drama from Northwestern University. Her scholarship on American drama, protest, and performances about rights to food has appeared in American Drama, Text and Performance Quarterly, Performing Arts Resources, and TDR. In 2007,
she co-curated, directed, and performed in Ground to Plate, an innovative “dinner theatre” event in Chicago comprised of plays, poems, and performance art concerned with ethical food production and consumption practices.