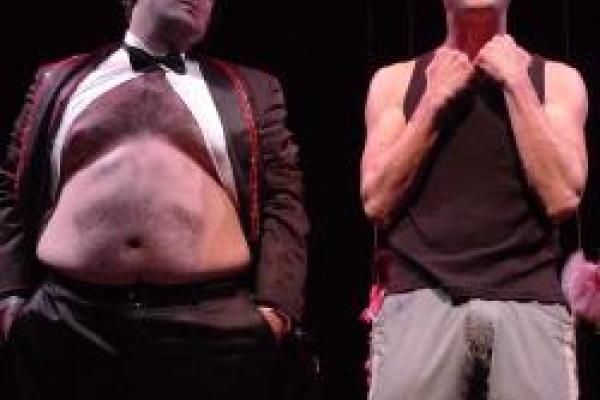 “Blurring Boundaries without Burning Bridges:”
Italian Contemporary Performance, the Theatre of Emma Dante and Beyond

Twenty years ago, in Nomadic Subjects: Embodiment and Sexual Difference in Contemporary Feminist Theory (1994), Italian theorist and philosopher Rosi Braidotti re-envisioned “nomadism” as a means of thinking about female subjectivity through a fluid, interactive exploration of identity that called for “blurring boundaries without burning bridges.” Over the last twenty years, Italian stage director and deviser Emma Dante (b.1967) has undergone, through her work, a fluid exploration of her own identity that has blurred the boundaries between the national and the regional. Her productions have carved a niche for highly physical, devised new works that speak to the whole nation from a marginalized position. Operating in Palermo, Sicily, away from the traditional Italian centers of cultural power, and juxtaposing Italian and regional languages with gendered bodies, Dante’s artistic output interrogates larger social, political, and economic issues related to gender, identity, and disenfranchisement. Directly or indirectly, this has contributed to the re-positioning of female identity, gender issues, and LGBTQ issues in the national Italian context during and after the Berlusconi Era.

This multidisciplinary symposium frames itself around Rosi Braidotti’s work on nomadism with the work of Emma Dante as a point of inception. We invite proposals that focus on contemporary Italian performance, or other contemporary theatre work that addresses issues of female subjectivity, gender and sexuality, women directors and playwrights, physical theatre, political theatre, company created devised work, and multilingual performance (understood in terms of dialects and languages).

We are thrilled to announce that Howard Shalwitz, Artistic Director of Woolly Mammoth Theatre Company, will deliver the keynote address as well as a workshop on developing new work. Invited speakers include Dr. Cristina Perissonotto, Associate Professor at the University of Ottawa.

This symposium is proudly brought to you by the Department of Theatre, the Department of French and Italian, the Division of Arts and Humanities, the Graduate Theatre Syndicate, the Humanities Institute, the Women’s Place, the Department of Women’s, Gender, and Sexuality Studies, and the Department of Women’s Studies at The Ohio State University. The symposium will take place on September 4th and 5th in Columbus, Ohio in conjunction with the North American premiere of Sud Costa Occidentale, sponsored by The Ohio State University and the Columbus Foundation. Premiere events will include the performance of Operetta Burlesque by Emma Dante, the screening of the documentary Emma Dante—Sud Costa Occidentale by Clarissa Cappellani at the Wexner Center for the Arts, and the Jerome Lawrence and Robert E. Lee Theatre Research Institute exhibition on the works of Emma Dante.