In May, The Ohio State University’s Department of Theatre and University Libraries’ Jerome Lawrence and Robert E. Lee Theatre Research Institute, with support from an Arts and Humanities Research Grant and the Women’s Place, sponsored The First Actresses: 1660-1930s. Arriving centuries late to the theatre profession, women have met with hostility, censorship, bans, and working conditions often well below those available to their male counterparts, not least of which was economic security much lower than that of actors. This symposium focused on the actress with a view to promoting, identifying and encouraging research and scholarly directions on the work and lives of actresses from the 17th through the early 20th centuries.

In addition to keynote speaker Sharon Marcus (The Orlando Harriman Professor at Columbia University), the symposium presented two performances and an exhibition.

Addressing the centuries long prohibition on women acting, The First Actress by Christopher St. John (Christabel Marshall) features one of the women purported to be the ‘first actress’ to take the role of Desdemona in Othello in 1661. This short British play from 1911 is a touchstone for the symposium, as it addresses a range of issues: the prejudice against the women performing, their ‘natural’ inadequacies as artists in the public realm, and women’s agency in demanding access to both the public stage and the right to vote. The second performance, a premiere of a solo work entitled Girl Made Good, looks at the life of the celebrated Columbus, Ohio artist with an international reputation, Elsie Janis (1889-1956). This piece was commissioned for this symposium and was created by Victoria Matsos (MFA 2012), from the Theatre Research Institute’s Elsie Janis Collection. There was also an exhibition on the actress, drawn from multiple collections of the Jerome Lawrence and Robert E. Lee Theatre Research Institute.

The symposium, with presentations, exhibition, and performances, provided a forum for scholarship to be shared, work by practitioner/researchers to be experienced, and for future directions on the study of the actress to emerge. 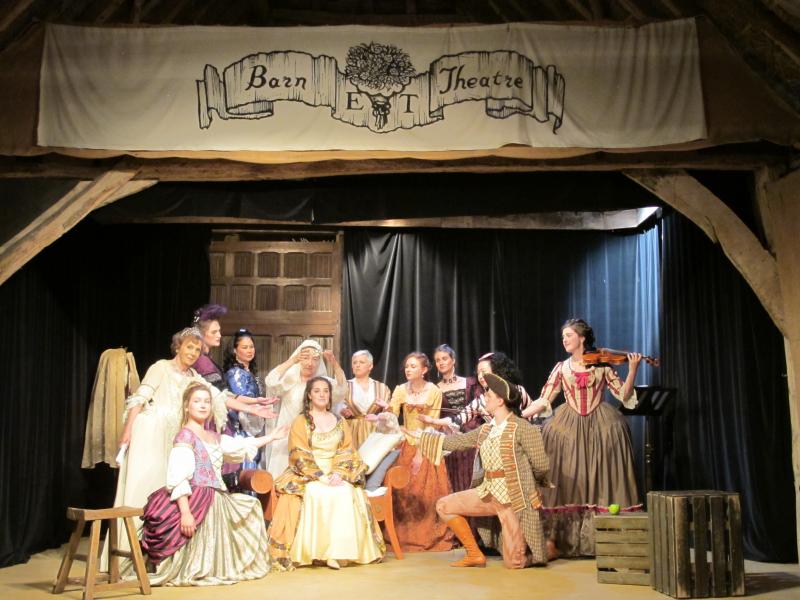