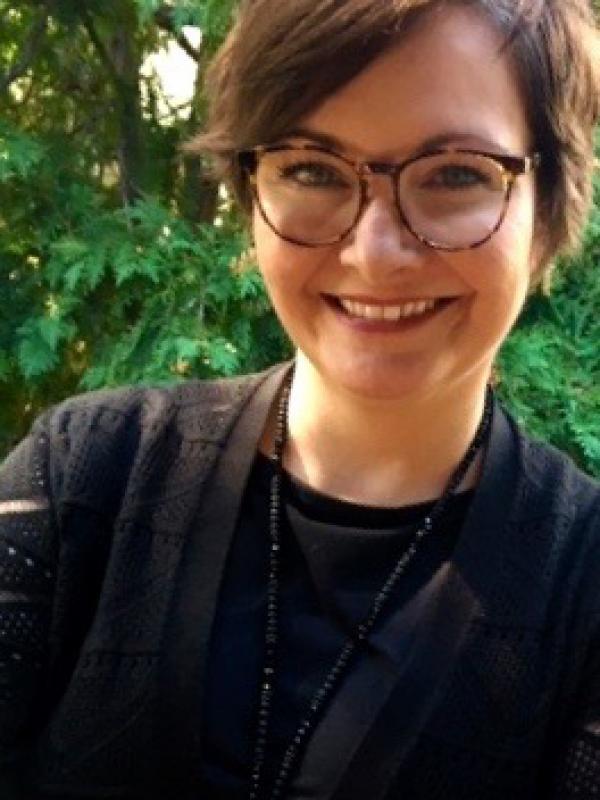 Mandy Fox is a voice specialist with twenty years’ experience as a voice actor, performer, new works creator, director, and teacher of acting and voice. Her work has taken her all over the world, from Broadway to Kuwait and London’s West End.

As a voice actor, Fox is best-known for her narration of Clayton Lindemuth’s popular Shirley Lyle Series: Viva the Revolution; One at a Time, Boys; and Like Totally Sunshine and Love. Other recent audiobook projects include You Will Never Leave by N.L. Hinkens and Going Dark: A Short Fiction and Poetry Collection by Paula Light. Fox has voiced two video/augmented reality games with Wizaga, a collective founded by Kyoung Lee Swearingen and Scott Swearingen, that seeks to create new design processes and modes of play that embrace the tactile qualities of real materials and physical, human interaction. Fox is also hard at work collaborating on the voices for The First Responders Project, a virtual reality training simulation.

Fox’s interest in new work creation spans verbatim/documentary theatre, playwriting, and collaborative creation. Fox’s play Gramp was recently published in At the Intersection of Disability and Drama: A Critical Anthology of New Plays (McFarland Publishers, 2021). Current new works projects include Ohio’s Coal Transitions, a collaborative creation based on interviews with Ohioans whose lives are affected by the transition away from coal-powered energy, and Peregrine Delivers Bad News, an all-online production written and directed by Fox, starring London-based actor, Peter Cutts. Peregrine Delivers Bad News marks their second creative collaboration. Their first was Hamlet’s Fool, which Fox directed with Cutts writing and performing. Hamlet’s Fool was originally commissioned by the Ohio State Year of Shakespeare Program and was remounted at the Cockpit Theatre in London’s West End.

In addition to teaching a full docket of classes in voice and acting within the Department of Theatre, Film, and Media Arts, Fox is a frequent instructor at the LAPA School for the Performing Arts at the LOYAC Academy, Kuwait. She is a member of Actors' Equity Association.