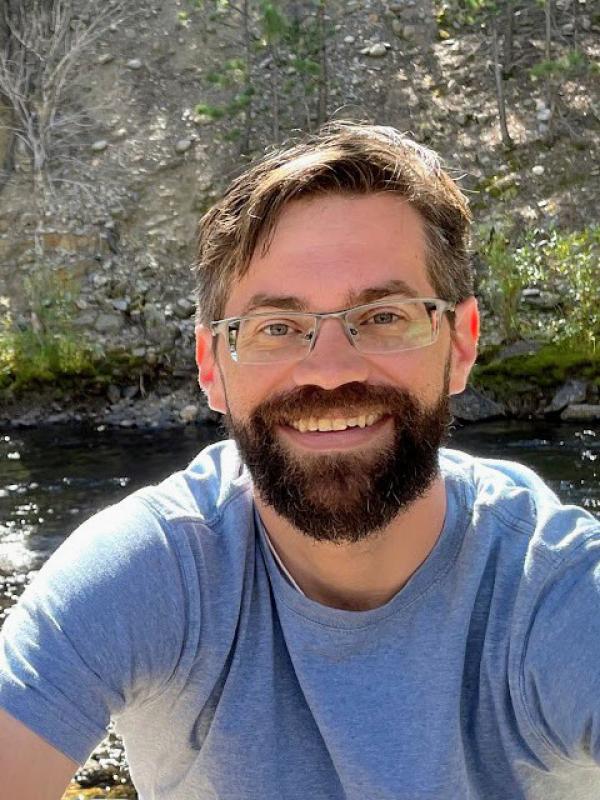 Joshua A. Streeter is a PhD candidate with artistic and scholarly interests in pre-modern – especially Classical Greek – drama, translation/adaptation, and pedagogy. He earned an MA in Theatre from the Ohio State University in 2019 with his thesis “Greek Tragedy and Its American Choruses in Open Air Theaters from 1991 to 2014: The Cases of Gorilla Theatre Productions and The Classic Greek Theatre of Oregon,” which examined two American theater companies’ deployment of the chorus of Greek tragedies over thirty productions spanning more than two decades. Streeter's dissertation work investigates performances of Greek comedies in 21st Century American higher education, from Aristophanes’ most and least produced comedies to satyr play and Menander.

During his MA studies, Streeter served as a Graduate Teaching Fellow through the University Center for the Advancement of Teaching for the 2018-2019 academic year and was a University Fellow during the 2017-2018 academic year. As a Graduate Teaching Associate, he has taught sections of TH 2100 Intro to Theatre, TH 2367.03 Criticizing Television, and TH 3731 History of Performance I in both in-person and online learning environments.

Streeter has presented his research at the Association for Theatre in Higher Education Conference and the Comparative Drama Conference, particularly on the reception and use of Greek drama in contemporary theatrical performances as sites for community activism. His review of How to Teach a Play: Essential Exercises for Popular Plays (ed. Miriam Chirico and Kelly Younger, 2020) appears in the New England Theatre Journal.

Streeter has directed plays ranging from Shakespeare to Feydeau to stage adaptations of Lovecraft and has co-directed three musicals. He has previously translated and directed a new English language version of Aristophanes’ Lysistrata as part of the Ohio State theatre department Lab Series. Streeter is currently working on a new translation of Aristophanes’ Clouds and a new comedy based on the fragmentary work of Nicochares.

Previously, Streeterearned a BA in Theatre with Secondary English Education Licensure from Adams State College (now University) in southern Colorado. He also competed for the school's track team in the NCAA Division II, winning 6 All-American Awards including 2 National Championships, and was named the U.S. Track & Field and Cross Country Coaches Association 2009 Outdoor Track Scholar Athlete of the Year. After a short teaching tenure at Monte Vista Middle School, he taught English and Theater at Alamosa High School for 4 years, where he also served as the head coach for the Speech and Debate team and was the artistic and technical director for AHS Theater.