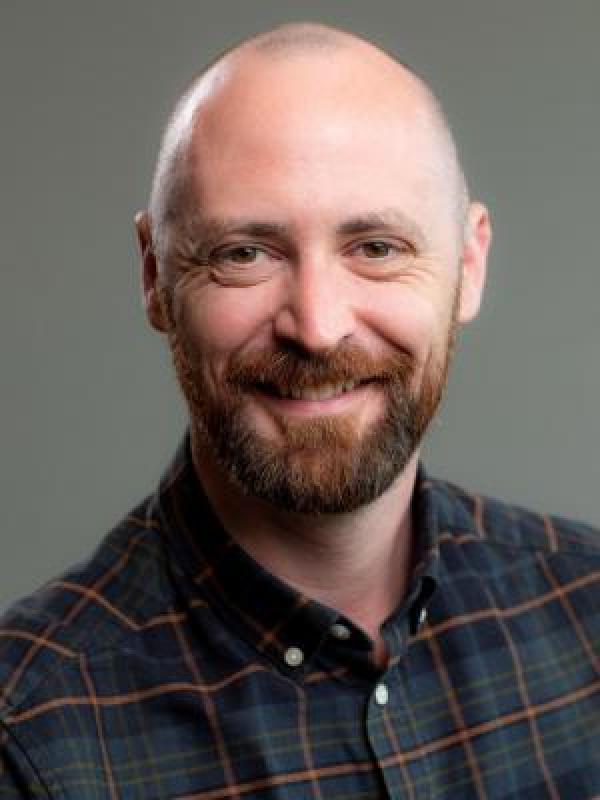 Sean Naughton attended high school in Olympia, Washington, and earned his BFA in Theatre from Chapman University in Orange County, California. He has enjoyed a two decade career working in theatre, commercial, film and education. Among the theatre companies he has performed with are Shakespeare Orange County, Harlequin Productions, Capital Playhouse, Cruthaigh Productions and Rude Guerrilla Theater. Some of his favorite roles include Benedick in Much Ado About Nothing, Yvan in Art, the title role in Tartuffe, Georg in She Loves Me, John Hinkley in Assassins, Laertes in Hamlet, and Eddie in Fool For Love as well as Ed in The Curious Incident of the Dog In the Night-time and Bottom in A Midsummer Nights Dream at Ohio State.

In addition to acting, Sean has directed productions of Oedipus: The King, Twelfth Night, Romeo and Juliet, and Dark Lady of the Sonnets and most recently the premiere of his original play Violent. Beautiful. Things. At Chapman University, Sean founded the student-led Guerrilla Shakespeare Ensemble whose focus was on creating and performing found-space Shakespeare. Sean's ongoing study and love of Shakespeare's plays has informed his workshop Shakespeare and the Thinking Breath which he has adapted for both in-person and online delivery.

Sean has extensive experience in community engaged theatre work with East Los Angeles Classic Theater which saw him devising theatre with students in under-served school districts in the Los Angeles area. His work with ELACT focused on leading elementary and middle school students in techniques to write, produce and perform original performance pieces. In addition to working extensively in commercials and film, Sean was heavily involved in the study and performance of improv, graduating from Improv Olympic West Los Angeles and performing with multiple groups at the Hollywood theater. In the summer of 2019, Sean was invited to Saratoga Springs, NY to study Viewpoints and Suzuki movement with Anne Bogart and SITI Company.